"An excellent therapeutic modality for patients with genital prolapse who are non surgical candidates."

"I was amazed how the V-Brace™ prevented my vulvar veins from protruding. It changed my pregnancy into a wonderful experience."

"At last! A relief for my prolapsed uterus. The V-Brace™ relieved the pressure and didn't cause any chafing or irritation. And it's so comfortable. 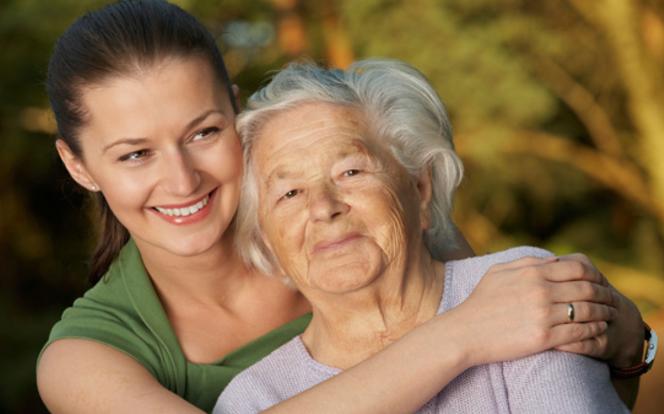 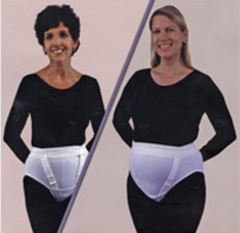 The intelligent solution for the modern women.

Get back to your daily life!

Say goodbye to pain today with the V-Brace from Fembrace!

The story behind the V-brace

Women's health is important for a number of reasons. Creators of the V- Brace, Debbie and Karen, made a way for women to get pain relief in the pelvic area.

Responding to the Needs of Women

Debbie and Karen as women suffering from varicose veins themselves, and as owners of a retail outlet for surgical support devices, were in a quandary. They wanted to help women who were suffering from vaginal varicose veins and genital prolapse (prolapsed uterus, cystocele, rectocele, enterocele, etc.), but they had no suitable support garment to sell to them. How could they meet the needs of their customers, if an effective product simply did not exist?

It didn't take long for Debbie to come up with an answer: she would design a suitable garment herself, and Karen her sister, would help her manufacture it. Thus, in March 1999, Fembrace, Inc.® was born.

Debbie spent many months talking to physicians and patients to determine the ideal specifications of the V-Brace™, so named for its unique, cross-elastic support system that provides maximum lift to the vaginal area. Similar in appearance to a lightweight panty-girdle, the vulvar cross-elastic straps are threaded through a sleeve in the crotch of the panty, thus allowing the garment to lift and support the vaginal area. The V-Brace™ helps relieve symptoms of vaginal pain, backache, pelvic fullness, and abdominal strain, and significantly reduces the problems of urinary frequency and incontinence. The V-Brace™ is also effective in minimizing perineal edema following abdominal liposuction, lymphedema, and other surgical procedures.

By the time the V-Brace™ was ready for market in the fall of 2000, orders were already rolling in on Fembrace's® web site at www.fembrace.com.

Debbie and Karen trace their success as entrepreneurs back to years of growing up in New York, where they worked in their father's shoe store. The store specialized in custom-fitting children with problem feet, and was also the area's largest distributor of surgical compression stockings. They learned early on the importance of helping customers, and gained a lot of practical, hands-on experience. It was not surprising that when they decided to go out on their own, they followed, as it were, in their father's footsteps.

Now that they've launched the V-Brace™, Fembrace, Inc.® will be expanding as well. A move to more spacious quarters is slated for May 2001, and plans are underway to market the V-Brace™ internationally.

"It's all very exciting," said Debbie in a recent interview. "And the best part is, we're really making a difference in the quality of women's lives.""The response to the V-Brace™ has been fantastic," said Debbie, "not only from women who need it, but from medical professionals who are eager to recommend it."